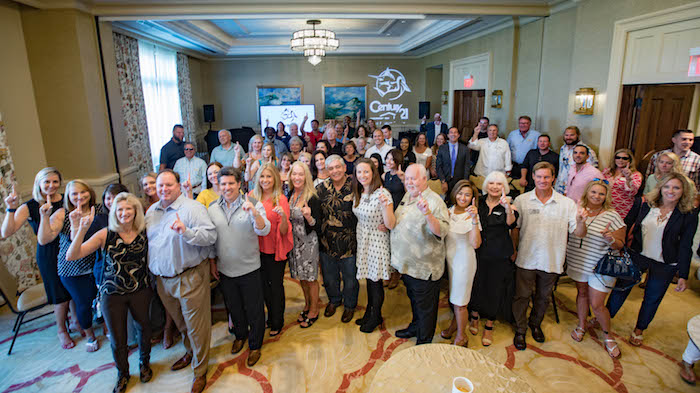 Pelican Real Estate, was established in 1996 by Bill Smith, in Seagrove Beach, Florida, andÂ has grown into one of the largest locally owned real estate companies in Northwest Florida, with 11 offices spanning from Panama City Beach to Pensacola. In addition to its presence throughout Floridaâ€™s Emerald Coast, Pelican Real Estate has sales offices within two area developments including Magnolia Cottages by the Sea in Inlet Beach, Florida, and Calypso Resort & Towers, which sits adjacent to Pier Park in Panama City Beach, Florida.

â€œI could not be happier about this merger with Century 21Blue Marlin.Â Jerry and Johnathanâ€™s charisma and love of educating agents will bring a much-needed energy to Pelican,â€ said Smith.
â€œI never thought I would ever consider working with a franchise, but Century 21 Blue Marlin is not your run-of-the-mill franchise.Â The tools and technology they have mastered and utilize is far superior to any Iâ€™ve seen.â€

Smith has been in business with his sister, Julie Lawson, who shares in his excitement for the upcoming merger.

â€œThis is very exciting.Â  Iâ€™ve been considering stepping back from the business over the last couple of years and Iâ€™m so glad to put Pelican into good hands,â€ said Lawson. â€œThis merger will allow me to pursue other interests and passions outside the world of real estate.â€

As founder and longtime real estate broker, Bill Smith will stay on board with Century 21 Blue Marlin Pelican. The same can be said for Pelican Real Estateâ€™s Qualifying Broker, Ron Jones.

â€œThe joining together of Century 21 Blue Marlin and Pelican Real Estate will truly be an exciting event for all of us,â€ said Jones. â€œCombining the resources, personnel, and knowledge of these two successful real estate entities will result in a superior experience not only for our customers but for all of our agents and administrative personnel. Watch out, Emerald Coast, here comes a real estate powerhouse.â€

â€œHaving played a role in the merger of Century 21 and Blue Marlin, it is overwhelmingly exciting to see the growth of this company and be involved in another successful transition,â€ said Rick Ellis, Mergers & Acquisitions/Franchise Development of Century 21 Corporate. â€œWith the leadership of Bill Smith, Jerry Sullivan and Johnathan Hughes, this is bound to take the Emerald Coast by storm.â€

The merger between the two powerhouse real estate companies means an expanded footprint for Century 21 Blue Marlin Pelican, which will now include over 16 offices spanning a 125-mile radius and boasting over 150 agents.

â€œHaving known of Bill both professionally and personally I have always admired his work ethic,â€ said Century 21 Blue Marlin Co-Broker, Jerry Sullivan. â€œBill built this company from the ground up, much like we at Century 21 Blue Marlin have done, and the opportunity to merge the two companies to create an overall better experience for our clientele was an opportunity we did not want to pass up.â€ 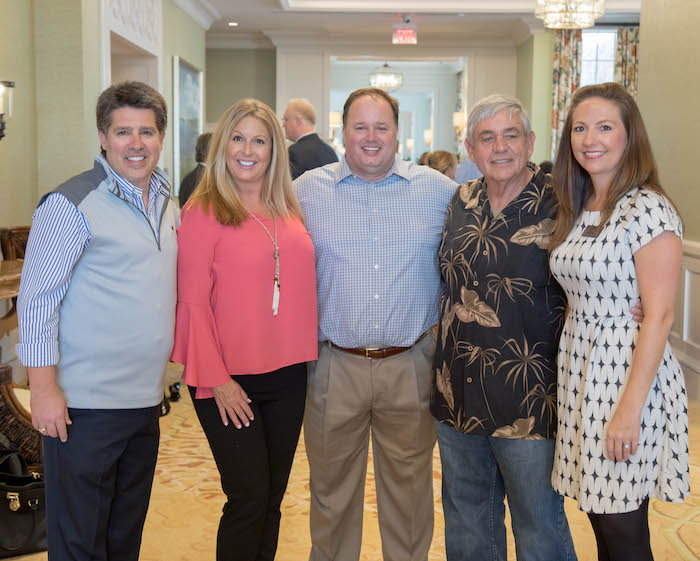 Many may remember that at the end of 2015, Blue Marlin Realty Group affiliated with Century 21 and has since been operating as Century 21 Blue Marlin.

â€œI was fortunate to cut the ribbon when we celebrated Blue Marlin becoming part of Century 21,â€ said Greg Sexton, Chief Operating Officer of Century 21 Corporate. â€œIt was an exciting day for both the brand and Blue Marlin who has since gone on to become one of the fastest growing companies within the Century 21 system. Even more exciting is to be able to combine forces with Pelican Real Estate, which we recognize as one of the most respected real estate companies in the region. The combined companies will be one of the most dominant real estate firms throughout all of Northwest Florida.â€