IN THE NEWS: Back Beach Barbecue beckons neighborhood

PANAMA CITY BEACH â€” No matter how you pile up your tray, barbecue is messy, and thatâ€™s just part of its appeal. So, donâ€™t be shy, grab plenty of napkins â€” and dive right in.

Back Beach Barbecue owner Danny Cosenzi, who also owns Restaurant Paradis in Rosemary Beach with his wife, Monica, always dresses for the occasion. He is trading collared shirts for crew necks and collard greens at his new barbecue joint, 19714 Panama City Beach Parkway. 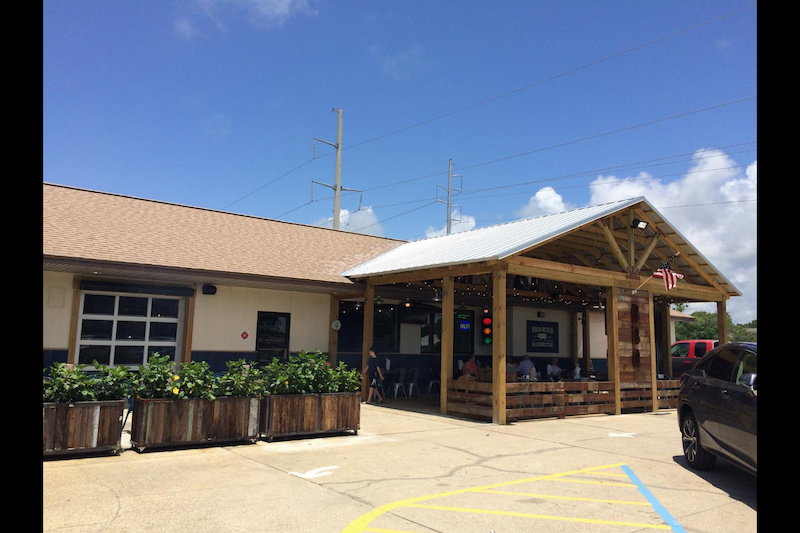 â€œWe are doing all the meats with the same spice, our Down â€™n Dirty Rub, which we have bottled up,â€ Danny said. â€œIt gets a 16 grind on the pepper and kosher salt, two to one. For the savory, thereâ€™s onion powder, garlic powder, smoky paprika and chili powder for color. I like the simplicity of it, no sugar, but we do use a little apple cider vinegar. We have sauces, of course, but great proteins just stand alone. Everything goes on the smoker. Homemade sausages are made on the sausage grinder.â€

When Dannyâ€™s not making the rounds talking to old and new friends, he puts on the gloves to pull the Carolina Pork behind the counter.

â€œWe just got off the plane from Washington, D.C., and heard you opened this place,â€ said Debby Kelly, a regular customer at Restaurant Paradis.

Smoke beckons from the two Lang reverse flow smokers â€” Smokey and the Bandit â€” in front of the restaurant on Back Beach Road, where the pit crew â€” Chef/Partner Mark Eichin, Pitmaster Chris Mack and Pitmaster Shane Kirkland â€” tend the meats. 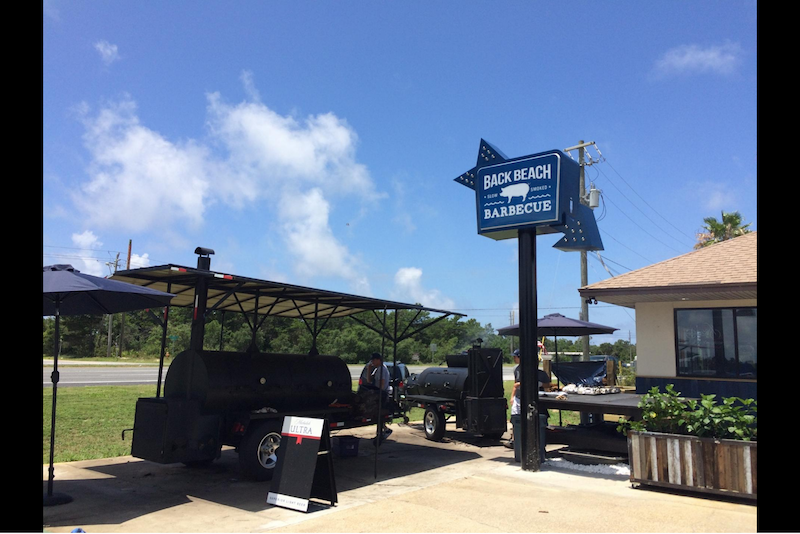 â€œWe went to Texas for our research,â€ said Danny, whose trip included Franklin Barbecue in Austin. â€œThe turkey breast is fantastic. We use the big black pepper and brine it in chicken broth for 24 hours with bay leaf, sugar, salt, pepper, and a touch of cayenne, before it goes to the smoker.â€

While the brisket, pork, chicken (halves plus thighs for chicken salad), sausage, turkey and ribs smoke outdoors, more sausage is prepared inside. Beef fat and sirloin are put through the grinder for the Spicy Beef Sausage, which packs more heat that the Cheddar Jalapeno Pork Sausage (also spicy).

â€œBeef ribs, only served on Thursday, Friday and Saturday will be the signature,â€ Danny said on a recent Friday. â€œYesterday, we started with 48 and ran out; today we have 96. The first bite is the best thing you ever had … a palate coating experience.â€

Back Beach Barbecue sells about 500 pounds of brisket and 300 pounds of sausage a day. And no meat goes to waste.

â€œBrunswick Stew is great for us to do, because everything cut goes into it, any meat,â€ Danny said.

Other sides include baked beans, coleslaw, macaroni and cheese (made with Velveeta), Carolina collards and red skin potato salad.

While friends and family might disagree about their favorites, barbecue is best enjoyed together.

I brought my mother, who was visiting from my home state of Texas, and my son along with me to Back Beach Barbecue, where we navigated the chalkboard menu at the counter. The menu features meat by the pound, or on sandwiches, potatoes or salads, served on butcher paper on a blue cafeteria-style tray.

My 10-year-old, who doesnâ€™t like sandwiches, was able to craft his own â€œplateâ€ with 6 ounces of brisket (the amount for sandwiches, but sans the bread), Cheddar Jalapeno Pork Sausage and a side of potato salad â€” which was gone before I sat down with my pickles and onions and sauce. Sauces include House, Spicy Three Pepper, Caroline Mustard and Alabama White Sauce made with Grayton Beer Co.â€™s Beach Permit Blonde Ale. 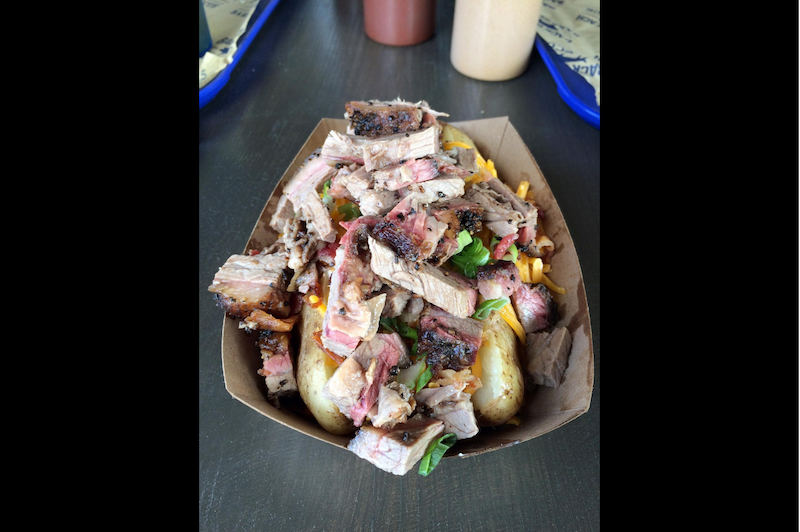 The potato salad was such a hit that I decided to make it at home for an early July Fourth feast. (Mackâ€™s recipe is available at NewsHerald.com.) According to my son, my first batch had too much vinegar and was a lot spicier than at the restaurant. So I made another batch sans the black and red pepper (and about half of the vinegar) and incorporated it for a delicious new spin on the staple with a kick.

Back Beach Barbecue, which opened June 19, was scheduled to host its grand opening from 4-6 p.m. Thursday, July 6. Guests may dine inside or out on the covered porch â€” with plenty of fans to keep cool, pick up the barbecue, have it delivered or get it catered.