Bento will lead an open forum discussion on her favorite â€œF-word,â€ failure. Having founded Good Grit Magazine in December 2014, with its first issue debuting in July 2015, Bento and her team have expanded Good Gritâ€™s presence to 17 states, including New York and California. Good Grit Magazine sits upon the shelves of 2,500 notable retailers such as Whole Foods, Target, Publix, Kroger and most major book stores, and has subscribers in 38 states.

Bento founded Good Grit following a career as a national sales and marketing director, which led her to start her first business as an independent consultant. Through her travels and personal experience in life, Bento felt passionate that an authentic storytelling magazine about the true perseverance of the human spirit here in the south was just what she needed to provide. Ultimately Good Grit is using ink on a page to give a voice to the people, places and things that most closely articulate â€œThe Character of the South.â€

Cost to attend is $20 for YPWC members and $25 for non-members. Tickets can be purchased at http://ypwaltoncounty.com. Early registration is encouraged as space is limited to the first 50 people.

If your business is interested in donating a door prize, or sponsoring an upcoming event to raise awareness amongst this local group of young professionals, please email Erin Bakker at erin@thehivecreativeconsulting.com. 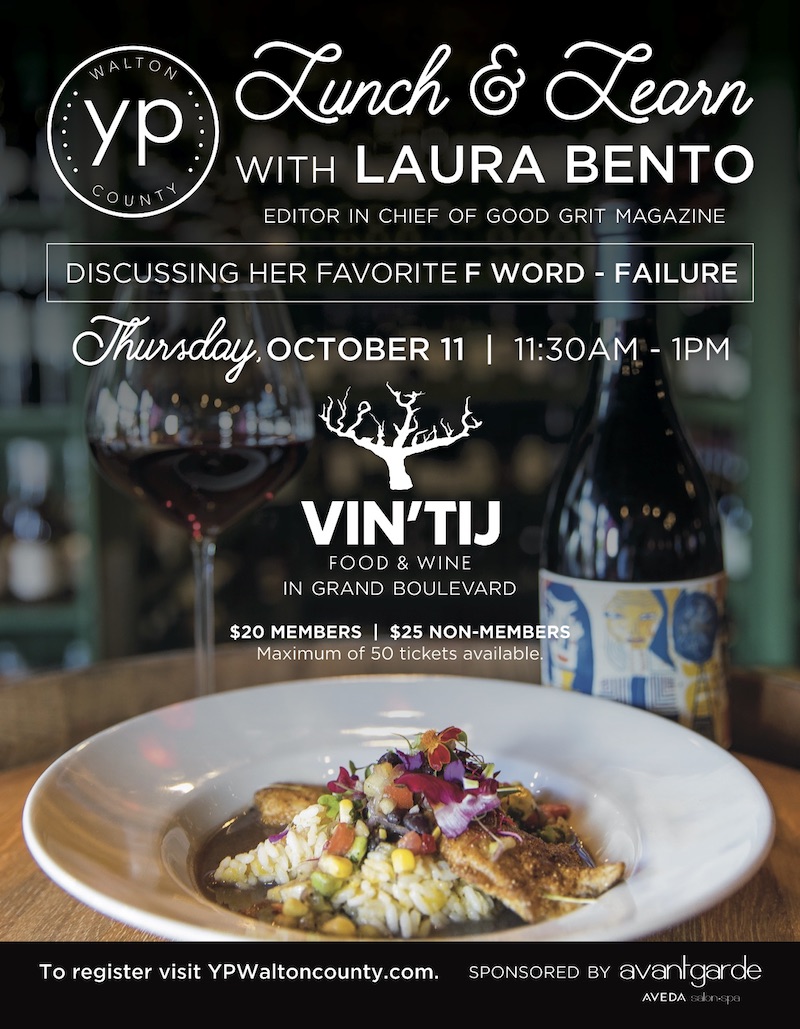