DESTIN, Fla (December 18, 2017) â€“ Century 21 Blue Marlin Pelican partnered with Porsche of Destin and the North Florida Region Porsche Club of America to collect and donate toys to children who visited the Emergency Room at Sacred Heart Hospital on the Emerald Coast this holiday season.

The thought of visiting the emergency room with your child is always a daunting experience, especially during the holiday season. For the seventh year in a row, Century 21 Blue Marlin Pelican turned their 16 offices into a toy donation drop off spot. In just over a month, over 500 toys were donated such as books, bikes, dolls, electronics, and stuffed animals.

On Monday, December 18, 2017, team members from Century 21 Blue Marlin Pelican, Porsche of Destin and the North Florida Region Porsche Club of America arrived at the Sacred Heart Hospital Emergency Room with carloads full of toys. The nurses and staff were overwhelmed with joy and graciously accepted the gifts while placing them under the Christmas tree in the waiting room.

Although no child or parent wishes to spend their holidays in the hospital, unfortunately there are always unplanned visits. Whether the toys were given to a child who was injured, a sibling or child of a patient, utilized as in-room activities, or in the waiting room, Century 21 Blue Marlin Pelican hopes their efforts helped keep the holiday spirit alive here in the local community.

â€œNow in our seventh year itâ€™s awe-inspiring to see the community continue to show up for those in need,â€ said Century 21 Blue Marlin Pelican owners and brokers, Johnathan Hughes and Jerry Sullivan. â€œThe momentum this toy drive has gained makes it even more exciting to be a part of. We are forever grateful for lifeâ€™s blessings, and we look forward to spreading cheer each year.â€ 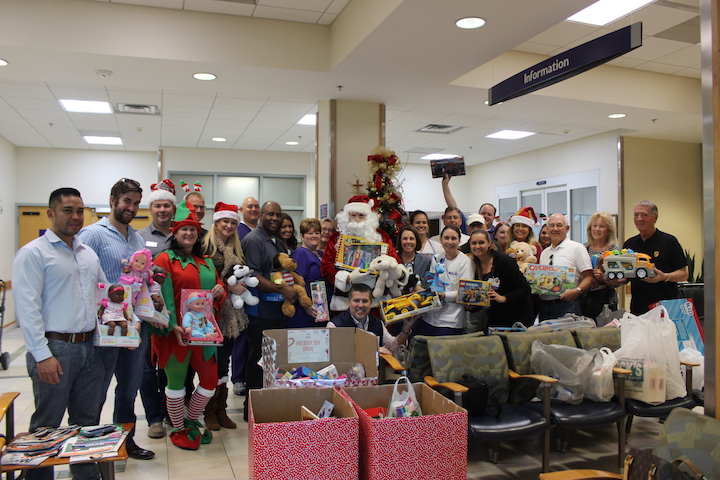