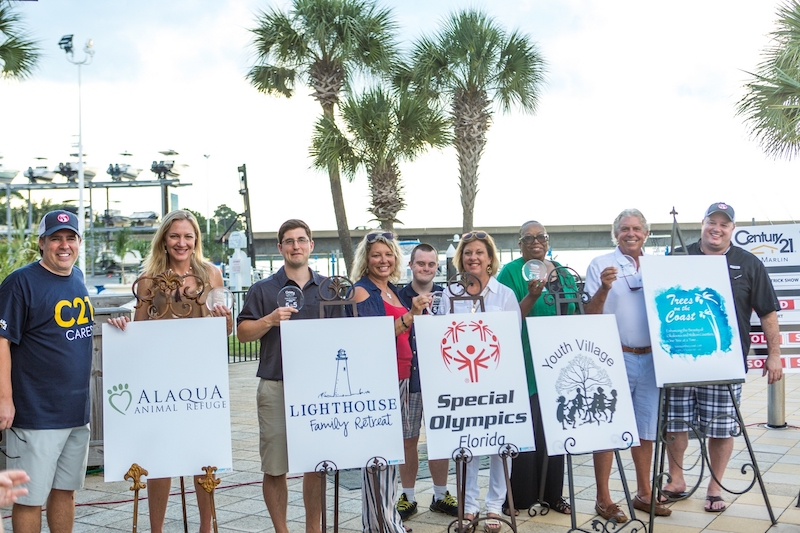 â€œIt is such a milestone for us to have reached our fifth year of charitable giving through our Blue Marlin Charity Golf Tournament,â€ said Century 21 Blue Marlin Co-Broker, Jerry Sullivan. â€œAfter meeting with our Tournament Board of Directors we knew we had to do something big for the 2017 tournament celebrating half a decade. We hope with the help of the community, sponsors and past tournament participants that we can raise the largest amount yet for these five diverse and deserving local charities.â€

Alaqua Animal Refuge is a no-kill animal sanctuary and adoption center located in Freeport, Florida. A member of the Global Federation of Animal Sanctuaries, Alaqua believes that every abused, neglected and homeless animal deserves a second chance. Find out more HERE.

Trees on the Coast is dedicated to improving Okaloosa and Walton County’s beauty through planting, conservation and education. Find out more HERE.

Youth Village, Inc is an organization located in Fort Walton Beach for children in Kindergarten to 8th grade. It was formed in 1999 to create a safe place to provide various educational and recreational services to children ages 5-16 in our community.Â Find out moreÂ HERE.

The tournament will begin with registration at 11:00 a.m. and a shotgun start at1:00 p.m. Entrance fees are $150 for individual players or $500 to sign up a foursome. All tournament players will receive complimentary meals, cocktails, and an after party and awards ceremony following the tournament at the Regatta Bay Clubhouse. The tournament and after party are open to the public. Golfers can register a team or individually at Century 21 Blue Marlin‘s Destin office at 607 Harbor Boulevard or at the Regatta Bay Clubhouse. 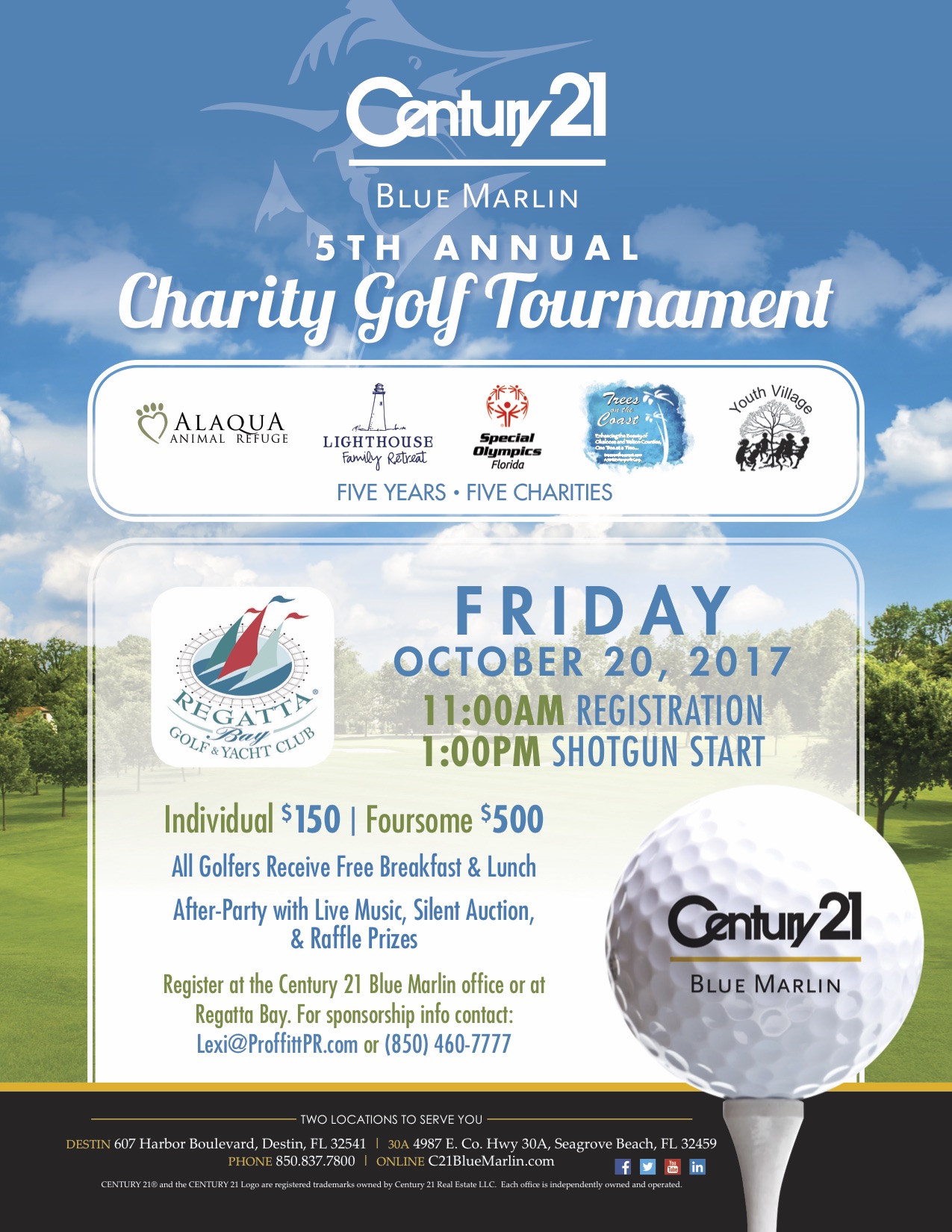 A number of sponsorships are still available. For more information on sponsorship, volunteering or to register to play please contact Lexi Willcoxon at Lexi@ProffittPR.com or call (850) 460-7777.