30 Countries from Around the World to Gather for International Competition

Pickos Ski School, located at 105 Jump Street, has announced they will be the official host for the 2020 International Waterski & Wakeboard Federation (IWWF) World Junior Waterski Championships to be held on August 18- 23, 2020. 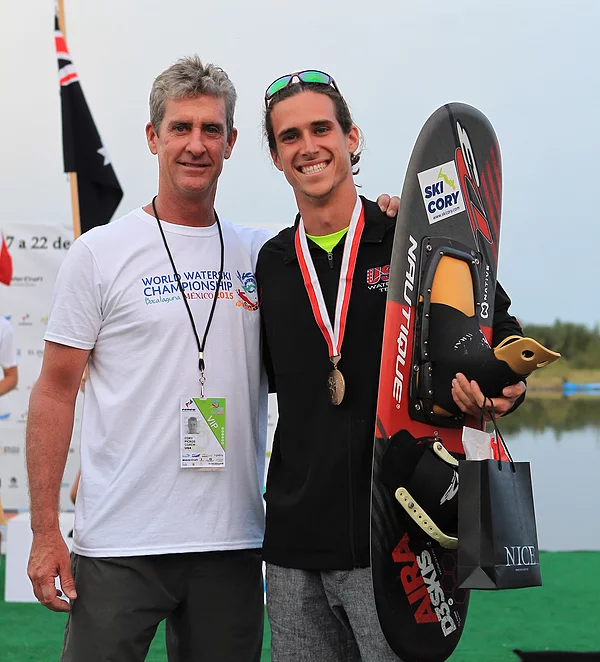 Pickos Ski School was founded by 24-time world record holder and skiing icon, Cory Pickos and his wife Rose. Cory has been running ski schools across Florida since he was 16 years old. After living in south Florida, Cory and Rose moved to the panhandle in 1992 to look at a real estate development designed for tournament waterskiing. The couple met and partnered with a local developer, who also happened to be a competitive water-skier, to create three man-made lakes specifically designed for waterskiing that same year.  Since its inception, the school has transformed from a family-owned business to a world-renowned training center.

Pickos Ski School is one of the top destinations for water-skiers from all over the world. Each year, welcoming over 40 locals and 350 international water-skiers to train and compete at their state-of-the-art facility. During the school’s busiest season, Cory, Adam and team can be found pulling skiers on all three lakes from sunrise to sunset having over 100 ski lessons per day. Skiers hailing from 30 countries, including Argentina, Australia, Belgium, Brazil, Chile, Czech Republic, Denmark, England, Finland, France, Greece, Japan, Mexico, New Zealand, Norway, South Africa, Spain, and the United Arab Emirates, make the trek to the Emerald Coast to enjoy training and the pristine beaches.

The IWWF World Junior Waterski Championships are held every other year around the world. Each country has the opportunity to send their best skiers, typically a six-person team, to the event. This will be the IWWF’s 18th World Junior competition. These junior water-skiers are some of the best in the world and are looking to win a world title and continue onto the IWWF World Open Championships the following year. The skiers will be competing in several divisions, including Boys Overall, Girls Overall, Boys Slalom, Boys Jump, Boys Trick, Girls Slalom, Girls Trick and Girls Jump. Additionally, each competitor will be competing for their own individual scores that are posted on the world ranking list as well as course records.

The week-long competition, sponsored by Visit South Walton, will begin with check-in on Sunday-Monday, August 16-17, 2020. Tuesday and Wednesday, August 18-19, will be the official “Familiarization Days” consisting of allotted practice time for each team and distribution of all competition materials such as bibs, backpacks, and itineraries. Preliminary Rounds will begin on Thursday morning and continue throughout Friday afternoon. The final rounds of competition will be held on Saturday, August 22 and will conclude with an awards ceremony. Then on Sunday, August 23, the best competitors of those final rounds will compete for the Overall Awards. The competition will officially end with a closing ceremony seated dinner.