We all grew up with Happy Meals from McDonald’s, but how many adults can say that they work with local owners of the chain?! On June 1, 2016 Proffitt PR started working with Costa Enterprises–McDonald’s, and it was love at first fry!

After taking a few selfies at the PlayPlaces, we got to work with the Costa team to find out what their marketing needs were. While we thought that we’d be flipping burgers and McPicking 2, we learned that the Costa Team does moreÂ fire up the burners on a daily basis. Instead, Costa Enterprises is constantly working to give back to the community. 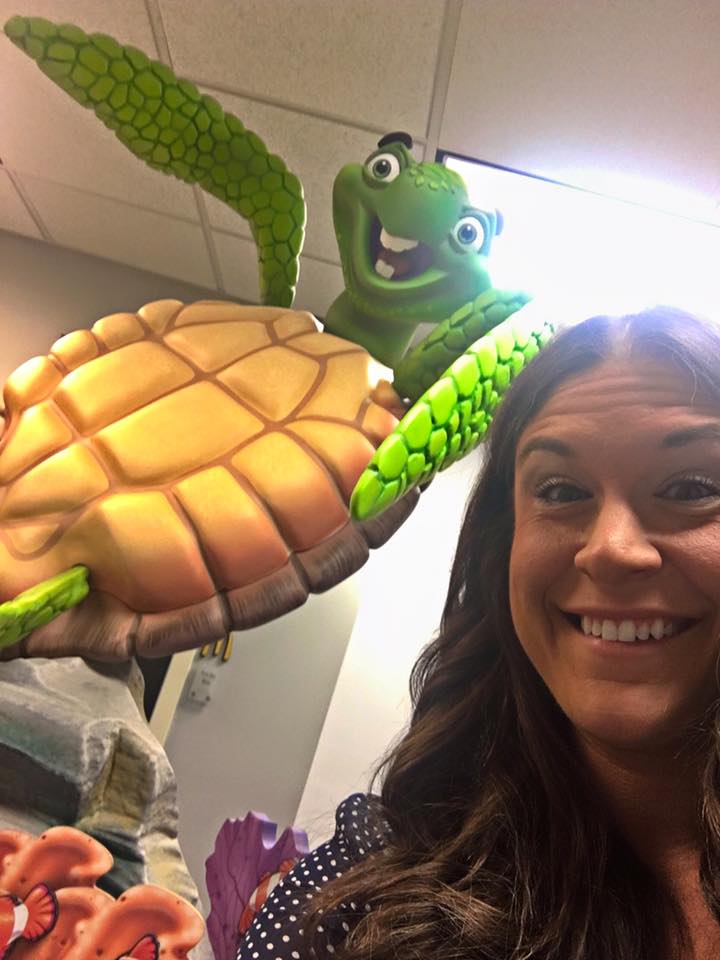 That’s when we learned that we could get caffeinated for charityÂ every Monday with McCafe With A Cause! That’s right folks, every Monday, 50% of Costa McDonald’s sales go towards a local charity. In just one year, Costa Enterprises raises thousands of dollars for 12 different charities, just by selling coffee {and everyone knows how much Proffitt PR loves coffee}! 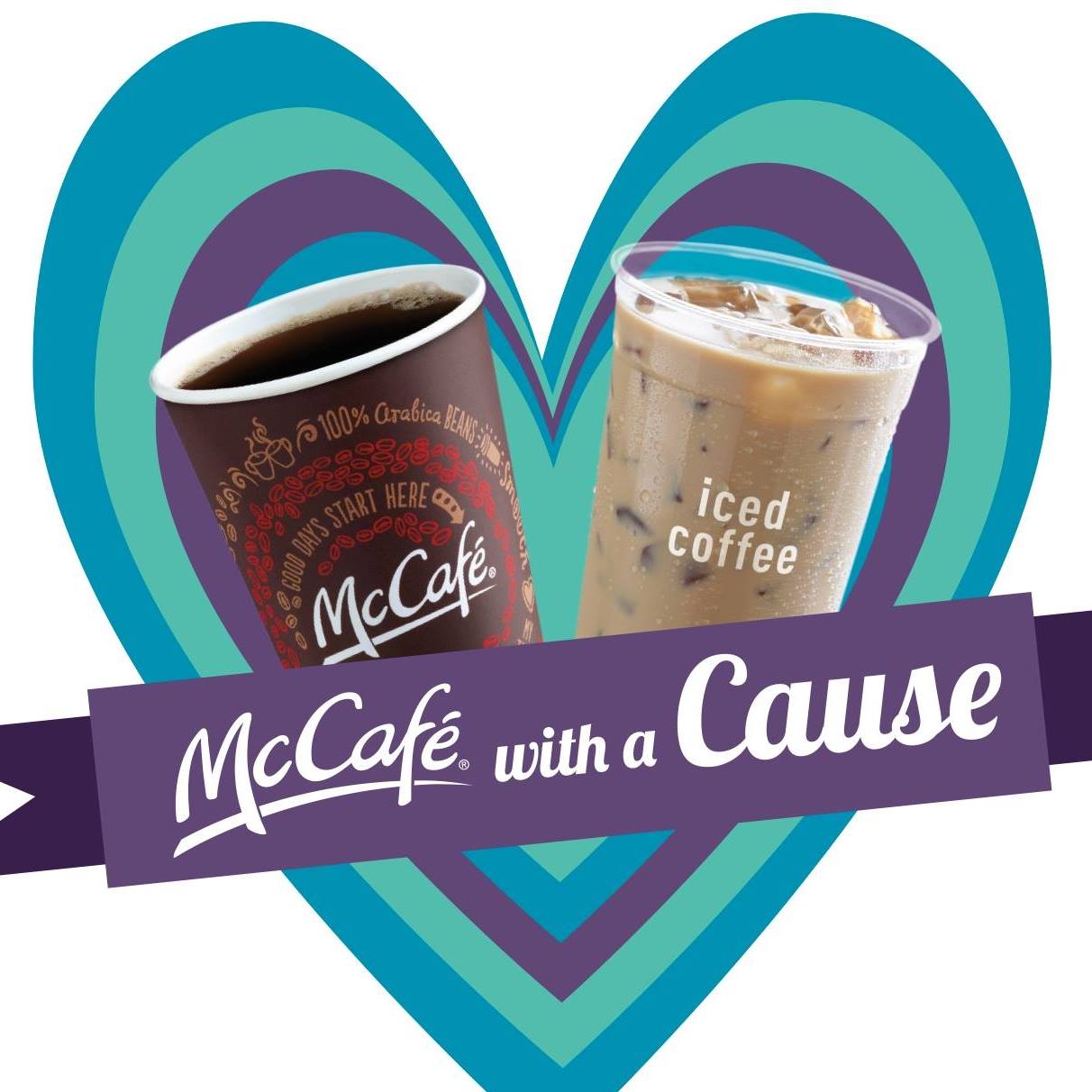 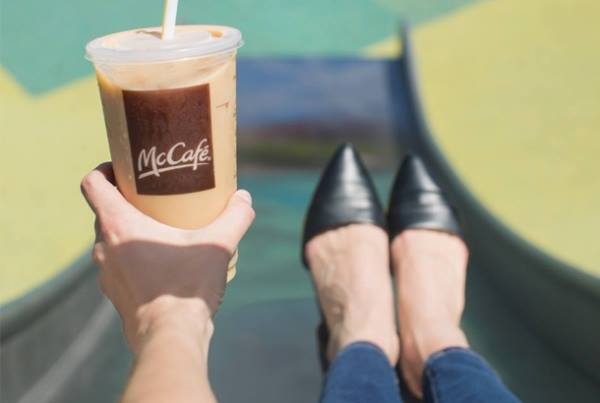 While McCafe With A Cause is geared more towards adults, the Costa Team has lots of fundraisers for the kids! For example, Costa Enterprises–McDonald’s also participates in monthly McTeacher Nights, where different locations raise money for a local school while playing, snacking and socializing with the community. From there, the Costa team got involved with the Barbara Bush Foundation by donating to the reading rally at Van R. Butler Elementary School, where each child in the third grade received three books, bookmarks and a goodie bag! Now that’s a #PicturePerfect moment! 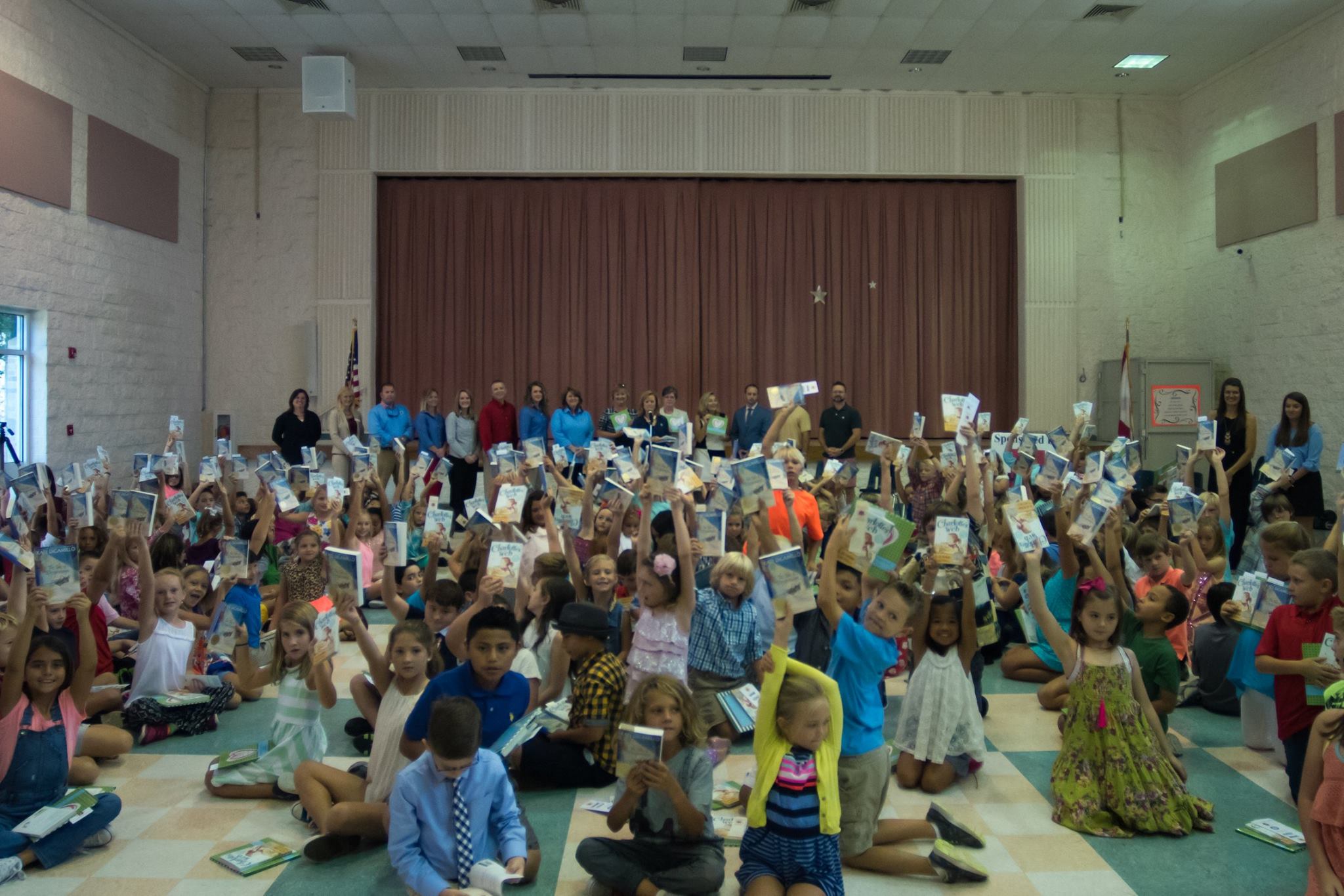 And it gets better! Costa Enterprises–McDonald’s is leading the way in food service innovations, which they recently unveiled at #EpicLynnHaven. Now, at select Costa McDonald’s locations, you can order from a touch screen, where you can create and customize McDonald’s the way you like it! Jessica attended the #EpicLynnHaven Grand Re-Opening and got to meet the Hamburglar at the new PlayPlace Under the Sea! 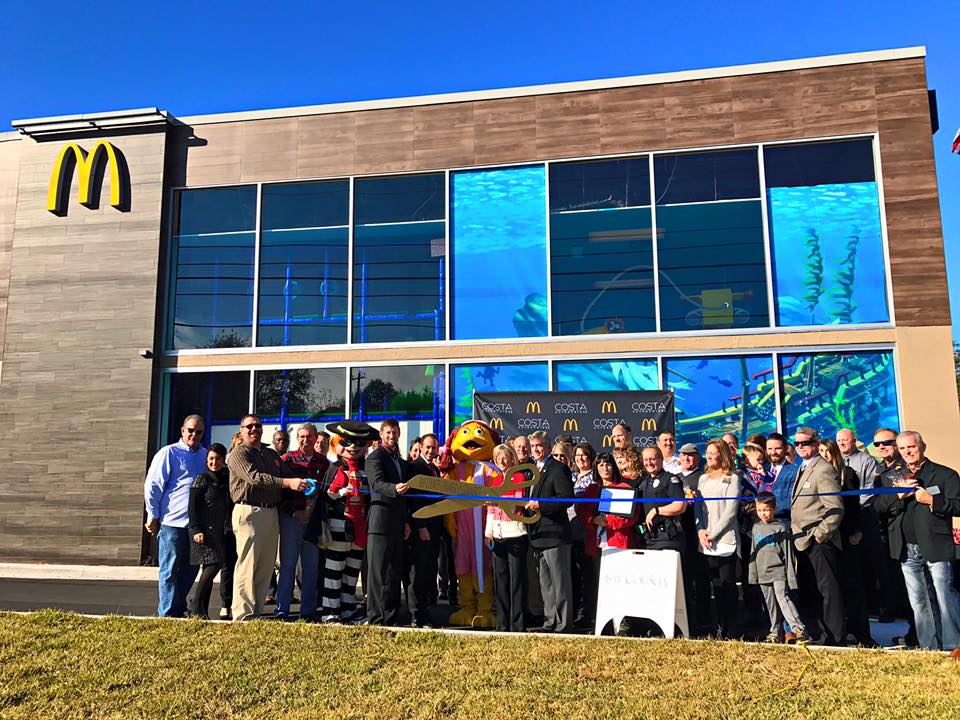 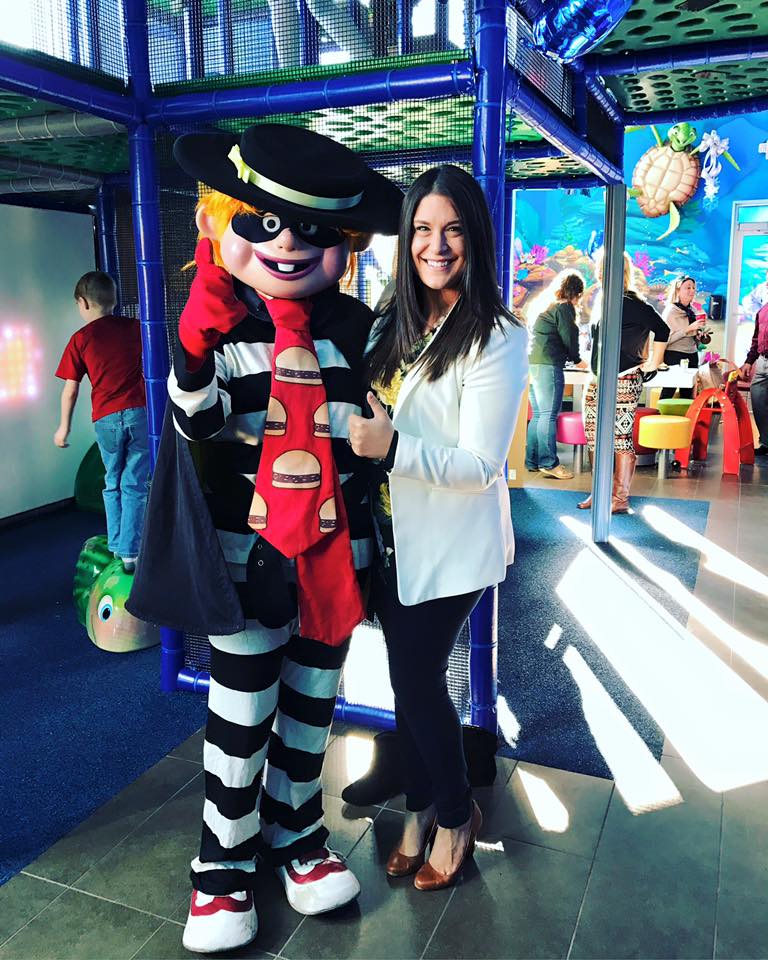 A few weeks later, Lexi made the trek to Panama City Beach for the Surfside Grand Re-Opening, but this time, Costa Enterprises upped the ante. After snipping the ribbon, the Costa team gave away FREE lunch from 12-2pm! 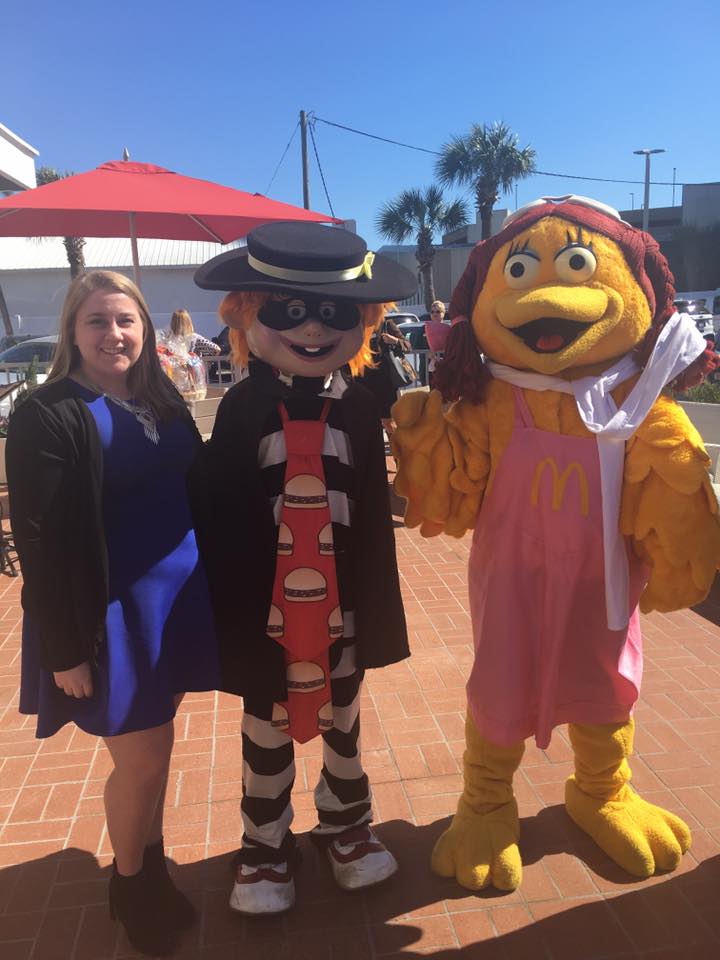 The line snaked around the building and through the beautiful new lobby as eager guests waiting to try their turn at the Self Serve Kiosks. The Costa team was beaming with pride as locals congratulated them on a successful grand opening and for all that they do for the community. In fact, later that afternoon Costa Enterprises gave away TWO Beach Cruisers! 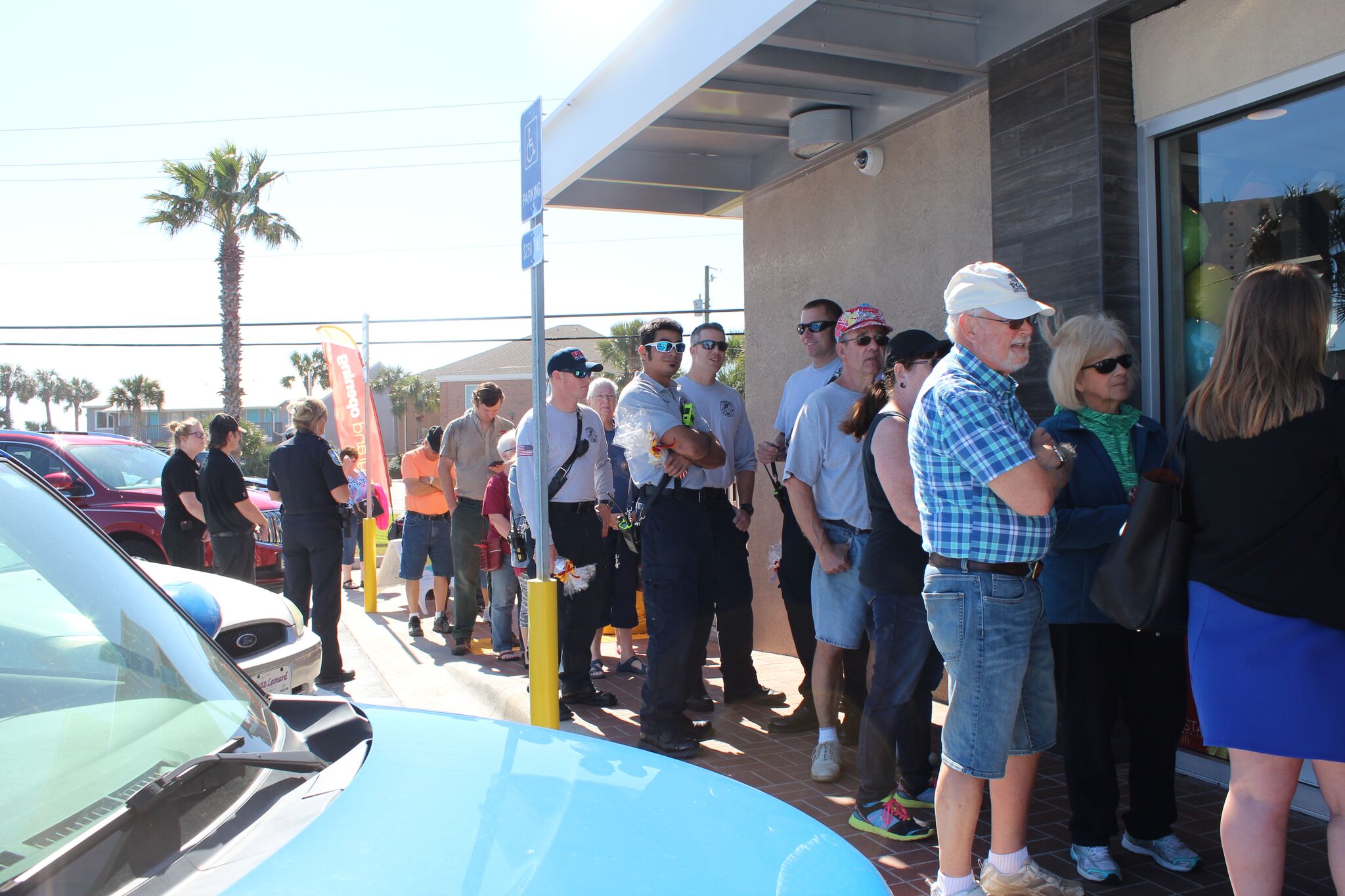 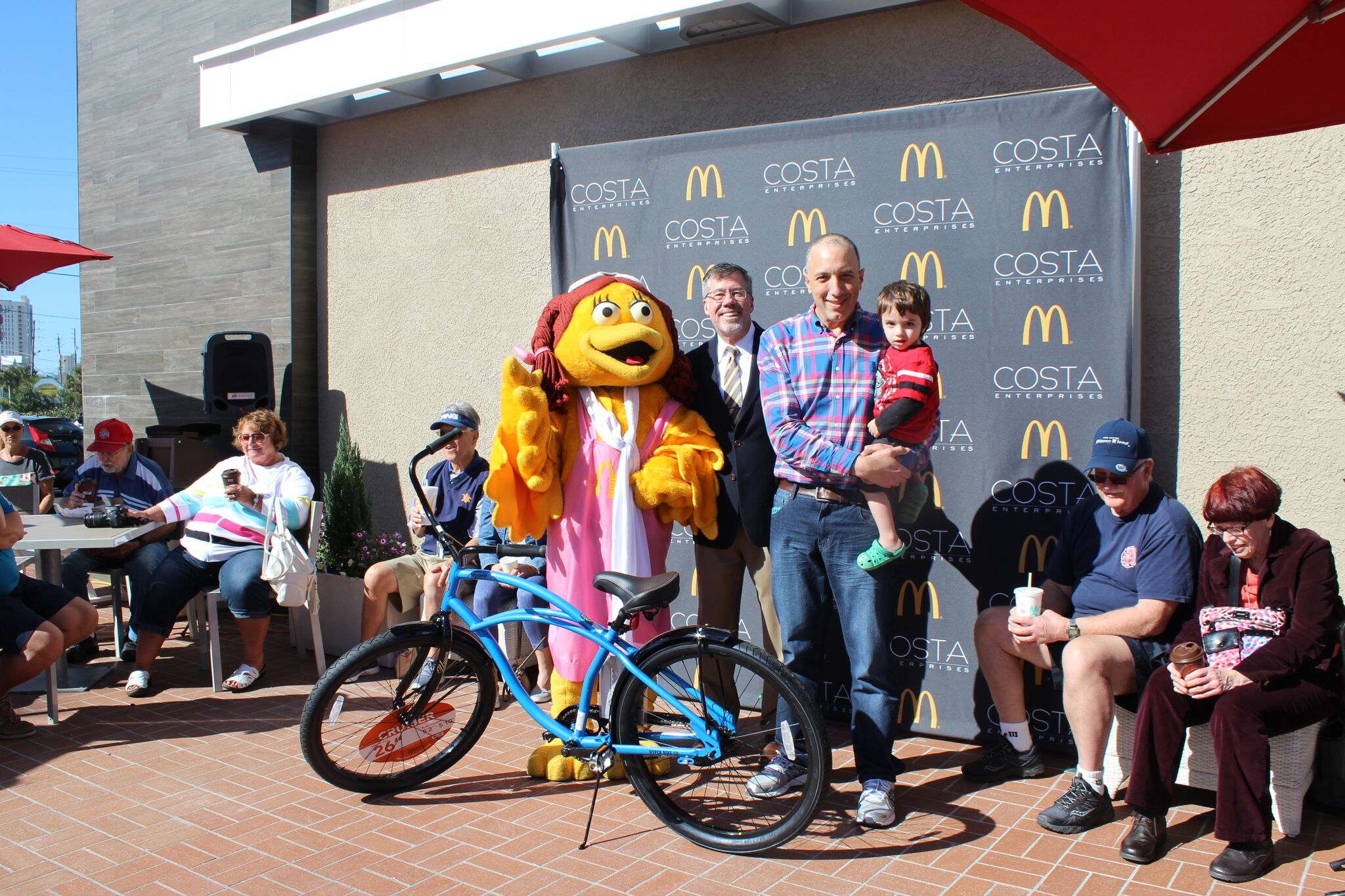 From snipping ribbons to choosing charities, the Costa team is always giving back to the community. Whether it’s a new place for kids to play or funds to save animals from abuse, Costa Enterprises does it all! And if you thought that was enough, you haven’t met the Costa’s yet. Break ground, build up, re-open, repeat! Â Right now, construction is underway at the Navarre location so that they can start the process all over again!Â We have loved watching the Costa team grow and expand over the past year, and now we look forward to continuing working closely alongside our favorite childhood restaurant as they continue to give back to the community!