Miramar Beach, FLâ€” Emerald Coast Theatre Company launches its 2016/17 season with an intriguing look into the multi-universe theory.Â  Author Nick Payneâ€™s romantic journey, Constellations, is a two-character drama recently performed on Broadway by Jake Gyllenhaal and Ruth Wilson. Constellations will keep your wheels turning as the boundaries of our world are questioned.Â  Can one word alter the course of your life? Through a dizzying fugue of vignettes, audiences watch as Marianne and Rolandâ€™s relationship unfolds across time and space, with each variation sending their relationship on an entirely new trajectory. Science and romance collide in this unusual love story that has delighted audiences in New York and London. 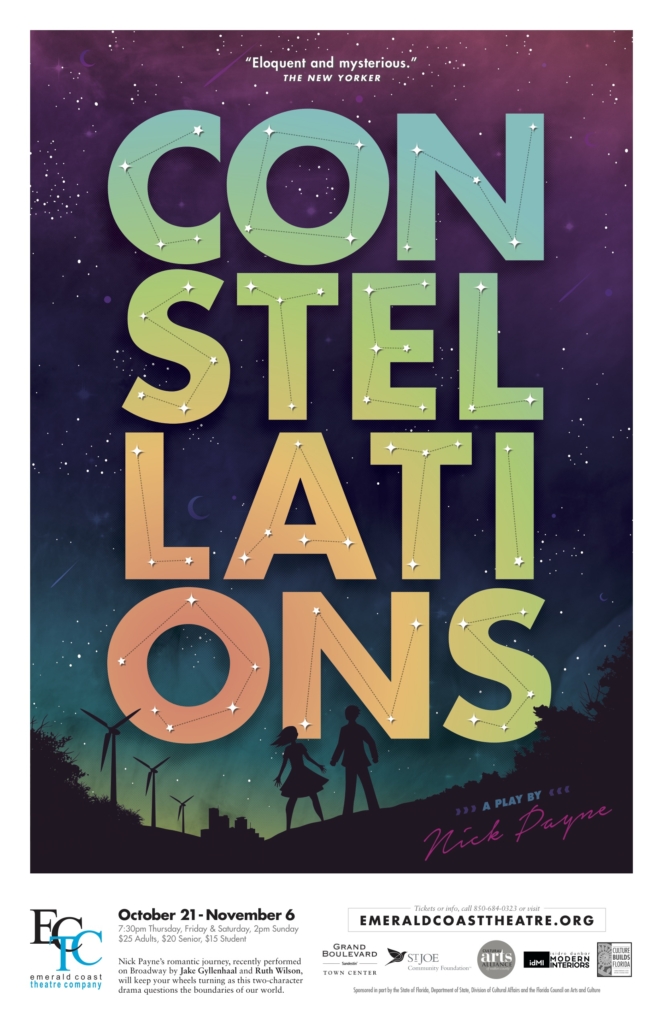 The excitement continues as Emerald Coast Theatre Company announces Kristin Devine and Broadwayâ€™s Kevin DeJesus-Jones as the cast of the upcoming fall show Constellations. Kevin DeJesus-Jones made his Broadway debut in 2013as The Hero Flyer in Spiderman: Turn off the Dark.Â  He graduated in 2011 from the University of Miami with a BA in Theatre Arts and a minor in Dance. Other favorite credits include Bloody Bloody Andrew Jackson (Andrew Jackson), Gypsy (Tulsa), and The Drowsy Chaperone (Robert Martin). Â Mr. DeJesus-Jones is a member of Actorsâ€™ Equity Association, the Union of Professional Actors and Stage Managers in the United States, appearing under a Special Appearance Contract. 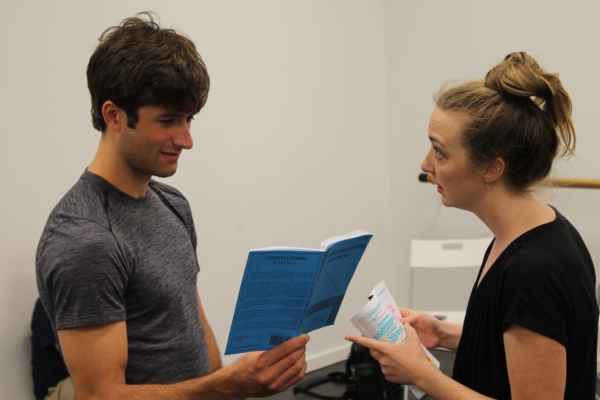 Kristin Devine is a proud graduate of University of Miami’s BFA Musical Theater program and brings a multitude of experience with her to ECTC. She recently closed Passing Fancies (Liana) at Slope Arts Festival in Brooklyn, NY and a few of her favorite credits include Doubt (Sister James), Pippin (Catherine), and A Chorus Line (Val). You can catch her this holiday season in A Christmas Carol at Princetonâ€™s McCarter Theatre.’

â€œThis mix of relationship and science is a beautiful challenge to our definition of time and space,â€ said Nathanael Fisher, ECTCâ€™s Producing Artistic Director and director of the show.Â  â€œThe playwright, Nick Payne, takes us on a journey to consider our use of time and how our choices effect our universe,â€ Fisher continued.

The show will run Thursdays, Fridays, and Saturdays at 7:30 p.m., with a Sunday matinÃ©e at 2 p.m., October 20 through November 6.Â  A VIP preview will be October 20th at 7:30pm.Â  Tickets are $25 for adults, $20 for seniors, $15 for students, and $40 for the VIP preview that includes a post-show reception with ECTCâ€™s board and the cast of the show.Â  Performances will take place in the beautiful new venue at 560 Grand Boulevard, Upstairs.Â  The entrance is on the Highway 98 side of the building and there is elevator access.Â  For more information and ticket sales go to www.EmeraldCoastTheatre.org or call (850) 684-0323. 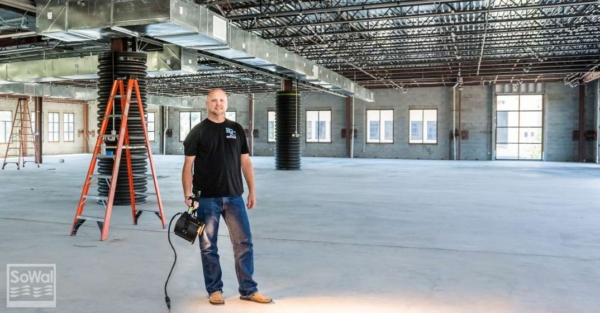 A pop up art gallery called â€œBeyond Boundariesâ€ will be presented along with Constellations.Â  Lori Drew and Sherry Londe are curating the gallery with local artists work on display.Â  This will be the third time ECTC has collaborated with local artists to add a visual art element to the theater experience.